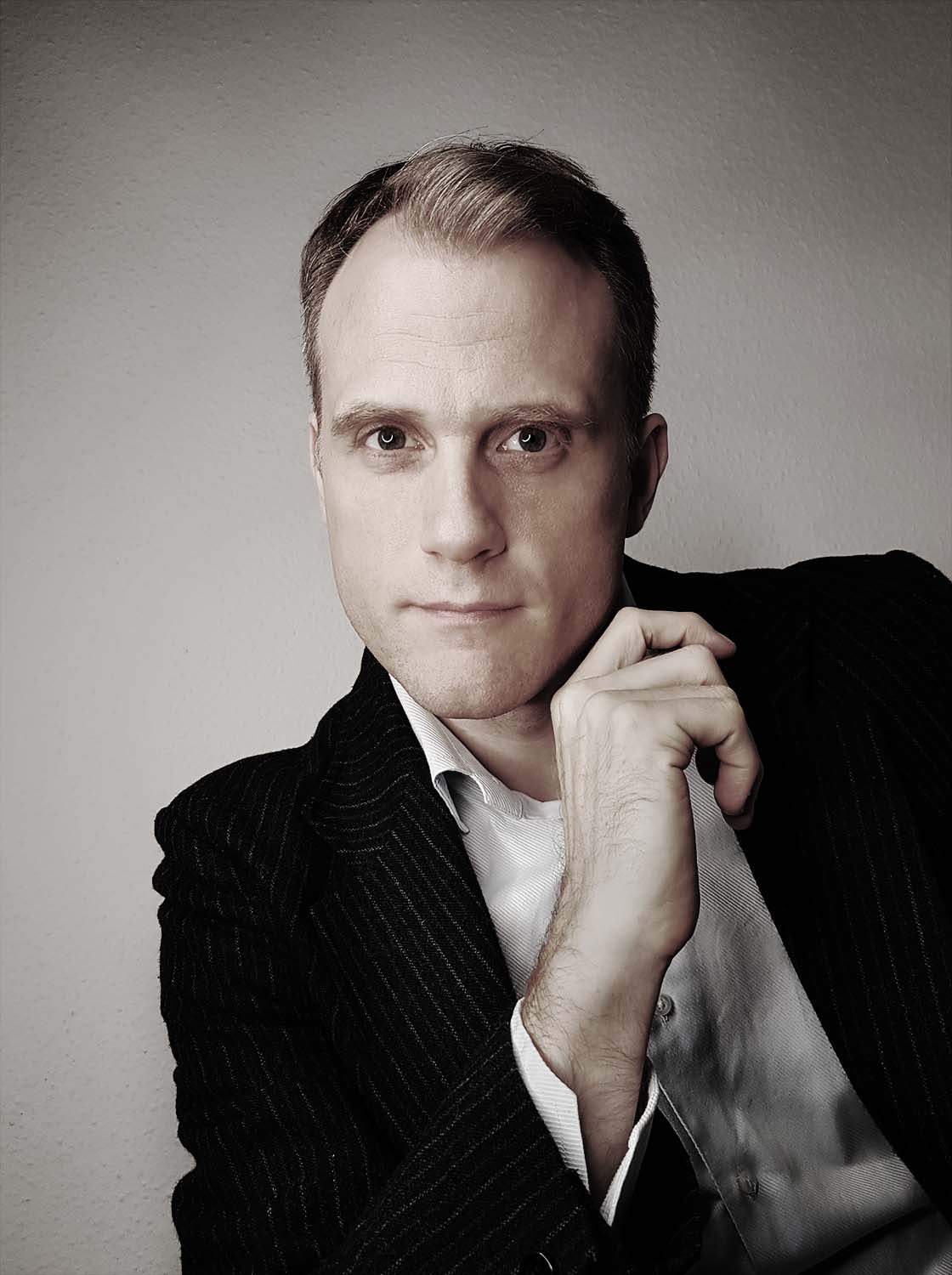 Tech-driven maker and shaker,
ready to create value focused workflows on your next project

15 years leadership experience as GM, CEO and CTO in SMEs and Start-ups

Compile business logic quickly into digital products that allow testing and verification. As an expert in low-coding tools these projects can be realized often within two week reducing developer hours during prototyping.

Startup Shitcoingraveyard is a community driven rating engine for cryptocurrency assets built on a mix of data-analytics and decentralized expert rating.

SUAB (Startup Asia Berlin) is an initiative by the Senate Department for Economics, Energy and Public Enterprises to connect the Berlin Start-up Ecosystem to counterparts in Asia.
This includes a yearly conference (Asia-Pacific Week Berlin), Delegation Trips to and from Asian Start-up hubs and extending the network throughout the regions. As SUAB Ambassador Marten consults and promotes SUAB and get in frequent contact with governmental partners, investors, start-ups and ecosystem-builders throughout China, Korea, Japan, Indonesia, Singapore, India, Thailand, Hong Kong, Philippines, Vietnam, Malaysia and Berlin.

Project BlockRate resulted in a research white-paper that describes a decentralized rating market designed as smart contracts on the blockchain to rate crypto-currencies through a DAO (Decentralized Autonomous Organisation). This setup allows for a fair and transparent rating of assets by a community without a conflict of interest or any involvement of any of the rated assets.

SOOOM is a 3D-animation production-house servicing B2B industrial clients from the US, China and Europe with photo realistic animations.

+ vision, strategy and executive leadership
+ leading of distributed project teams within 20+ countries
+ digitized business-logic and built automations
+ design, low-coding, testing and implementation of the entire ERP-system using Podio, PHP and Globiflowlean startup and incorporation of Czech S.R.O. and a German branch office
+ Setup of marketing network through international multiplier
+ holder of 85% equity, currently board-member but not active in operations any more

Freelance Assignments for companies in creative industry, advertising and blockchain with company building, ideation and workshops.

On conferences, public events and workshops.
Some recordings:

+ "Approaching Singularity" in Shanghai, 2016 [ENG]
+ "Singularity" at SAP Berlin with people of the Berlin Senate of Economy [GER]
+  "Brain-Computer Interfaces"at De:Days Mallorca [ENG]
+ "DAO's and the Future of Work" [ENG]

3D-production house of The Looop Network.

+ from 2006: research and setup of the entire 3D/CGI-pipeline within The Looop Studios
+ Company Setup in Shanghai’s competitive advertising market with 51% company ownership.
+ CGI/3D Project Management, recruitment, Account Director, render-farm hardware design
+ from 2010: operations as general manager, scaling team from 2 to 15 people in one year.
+ from 2011: added motion picture department and became the most advanced brand in CG-productions in China's automotive and advertising industry
+ Partner Jen Halim and Marten sold the company end of 2014 with a 25 people team.

1000sqm photo/film studio in an ex-military airport hangar. Specialization on automobile with clients like VW, General Motors, SIAC and others.

+ Learned how to develop actual film
+ Learned photoshop in 2000
+ Developed a distinct visual language consisting of composings and model/fashion photography that was recognized among German magazines of the time.

Consultant and Ambassador to Berlin Senate for Economy within the SUAB (Startup Asia Berlin) Network. Connecting investors, startup's and entrepreneurs through personal network.

Network and Experience by Country

worked on several project assignments ranging from 1 to 6 weeks

worked on one project in 2019, created successful partnership

Expert in Low-Coding Tools as:

Additionally, from time to time custom code will be written in JavaScript or PHP.

With above tools the following can be realized:
+ Android / iOS Apps
+ Web-Apps
+ Databases (CRUD)
+ Landing pages
+ API-connections to all REST API's
+ Deployment (even with Kubernetes)

The final code is human readable, editable and ownership is with the customer. This enables dev-teams to later pick-up the prototype and keep developing on top of it without the need to start from scratch for the full version.

All projects can be deployed in-house as well as cloud-servers.

Besides professional engagement, every year, one research topic will be explored out of personal curiosity.

Brain-Computer Interfaces (BCI) or Brain-Machine Interfaces (BMI) build a direct bridge between brains and external devices. This technology has been researched in university labs for decades and now humanity arrives at a point where high-bandwidth communication between human brains and any computer is technically possible. CEO's getting ready to sell us the first consumer-market devices. This will change human psyche, alter perceived realities and give users new cognitive abilities. The impact on society will be large, yet we see almost no public discussion about the topic.
That's why i created Uploadme.org, an open-source information platform with a journalistic approach for easy access to the idea of connecting brains to computers. The Vision is to bring this topic into more people's presence, foster discussion and nurture public knowledge in the field.

Smart contracts are programs that sit on a blockchain and can be executed by anyone at any time without anyone can ever alter the code of the program nor the result of execution after the code is initially deployed on chain. Decentralized Autonomous Organizations (DAO) are company-like structures that run entirely on smart contracts. To imagine how this works one can picture a company with it's business logic. For example when a company makes profit, then the company must pay certain taxes. Or at the end of the month employees must be paid. In the case of a DAO this business logic is hard-coded into smart contracts. With this, an organization can function without a C-level or any leader.
My research in this field was around the problem how DAO's could evolve themselves over time. I designed governance models where investors of a DAO would be able to vote on changes of the code of the smart contracts to make the DAO agile and functional in a modern dynamic economy.
The DAO i designed got the purpose of a decentralized rating market for cryptocurrencies. A whitepaper is downloadable on BlockRate.org. I also held several public speeches about other DAO-related topics like "The Future of Work".

I studied in depth Ray Kurzweils theories about law of accelerating returns which predicts an exponential increase in technologies like computers, genetics, nanotechnology, robotics and artificial intelligence.
Once the Singularity has been reached, Kurzweil says that machine intelligence will be infinitely more powerful than all human intelligence combined. The Singularity is also the point at which machines intelligence and humans would merge.
10 years after Kurzweil published his theories, i reviewed them, made adjustments and developed own adaptations which found place in several public speeches that year. Here one talk in English that i held in Shanghai and here one in German that i helt in front of people from the German Senate of Economy and Energy at SAP Berlin.

I studied into the world of quantum entanglement, Q-bits, Superposition, Quantum Gates and other fascinating defaults that seem very wired from our perspective.
This study only resulted in a higher understanding in modern computation and physics but not in any output like my later studies.